With the approach of Chanukah I asked Rabbi Jonathan Blake, senior rabbi of Westchester Reform Temple, if there were any secrets he wanted to share for the holiday. It turns out that the Temple is nearer to the earth of Israel than I'd thought. In Rabbi Blake's words: 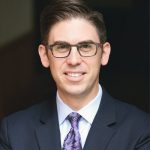 A small shovelful of soil from Israel was placed into the foundation of the temple's [previously] new sanctuary when ground was broken in the late 1960s by our then-senior rabbi, Jack Stern, Jr. (now of blessed memory) - a way of linking our new building to Eretz Yisrael (the Land of Israel) and the Jewish People's ancestral home. The custom was repeated when we broke ground on the new sanctuary back in 2006.

I led a trip to Israel for members of the congregation in April-May 2006 and was charged by Rabbi Jacobs to return carrying some earth from the land of Israel to place into the foundation, right below where the holy ark and Torah scrolls would eventually reside in the new sanctuary. I traveled with an empty Tupperware™ container and took some soil with the encouragement of Rabbi Maya Leibovitch, then rabbi of the progressive synagogue Kehillat Mevasseret Zion, a small Reform synagogue in a prominent Jerusalem suburb and one of WRT's "sister congregations," and her husband, Menachem, who was then chairman of the Jewish National Fund in Israel. We took the soil from their private vegetable garden, thinking that it would link not only our WRT congregation to Israel, but would be symbolic of the fruitfulness of our partnership.

The security agents at Ben Gurion Airport were none too pleased with the large container of dirt that they found in my luggage and interrogated me about its whereabouts and destination at some length until they finally relented, apparently convinced that the crazy yarn I was trying to explain to them (in mangled conversational Hebrew, not my forté) could only be true and that the soil was intended to serve a holy purpose. We laid the soil into the foundation when we broke ground on the new sanctuary, I believe the following fall (2006) and to this day, whenever we stand on the bimah, a little bit of Israel is right beneath our feet. 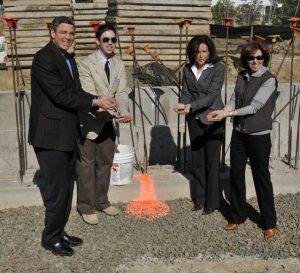 Rabbi Jacobs, Rabbi Blake, Ellen Sunness and Amy Lemle Placing Soil From Israel Where the Ark Was To Be Constructed

Scarsdale Secrets looks forward to uncovering wonderful secrets in other houses of worship around Scarsdale. Should you have any, please let us know!

A big thank you to Rabbi Jonathan Blake and Hillary Fontana of Westchester Reform Temple. Check out Rabbi Blake's blog!

Image of the soil placing was provided by Westchester Reform Temple.

Image of Rabbi Jack Stern retrieved from The Times of Israel, ownership uncertain.

Image of Rabbi Blake from rabbiblake.org

Image of Mevasseret Zion is from Wikipedia and licensed under the Creative Commons Attribution-Share Alike 3.0 Unported license. The creator is David Shay (דוד שי)