Driving along the Heathcote Bypass, you may barely notice the footbridge that passes over it. And yet, it is striking in its form and placement. It leaps across the roadway in a gentle arc, a nod to its history, and it also is a portal through an unexpectedly rich natural world.

The story of our footbridge begins in the mid-1950s, when Town fathers decided to alleviate a worsening traffic situation at the Five Corners, where Heathcote Road, Weaver Street, Wilmot Road and Palmer Avenue converge. It was understood that much of the problem lay with through traffic from New Rochelle to White Plains.

Fortunately, the right of way from the old New York, Westchester & Boston Railway had been preserved, and it was owned by the Village through a tax lien against the defunct railroad. A road could be laid upon it which fully bypassed Heathcote’s Five Corners, bringing motorists directly from the New Rochelle border to the White Plains border. The idea for the “Heathcote Bypass” was born.

The final cost of the Heathcote Bypass was $325,000. Of that amount, $25,000 was spent on our footbridge, enabling school children to cross to the Heathcote School. As it so happens, this bridge was the first of its kind to be made in Westchester of precast reinforced concrete --  our little footbridge made history. The bridge was laid where a foot path once crossed the railroad's right of way.

The entrances to the footbridge are unmarked and easily overlooked. 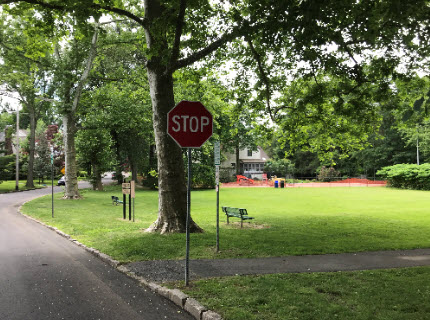 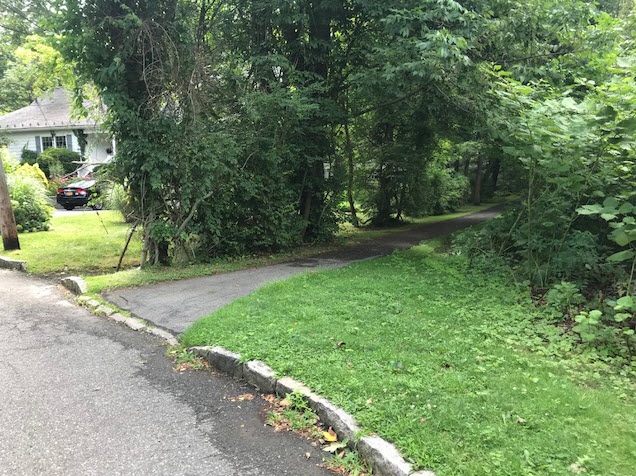 The footbridge not only crosses the Heathcote Bypass, it also intersects a particularly vibrant section of the Sheldrake River. Below is the view from the northern part of the walkway leading to the footbridge.

During the verdant seasons, nature is in such riotous abundance that it threatens to overwhelm portions of the bridge itself. It is as if the pedestrian is being led into the Garden of Eden. 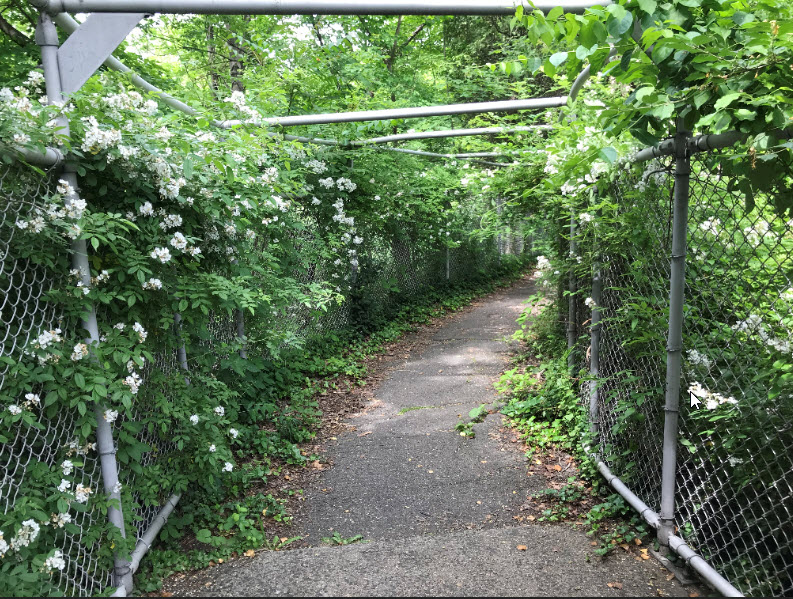 It would not be inaccurate to say that the footbridge is a little worse for wear up top, but down below, its elegance is undeniable. 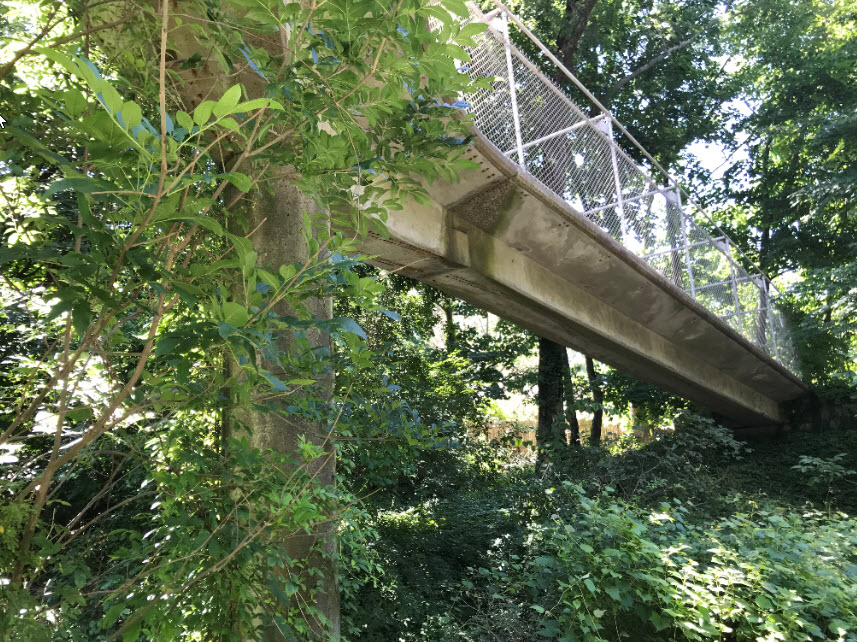 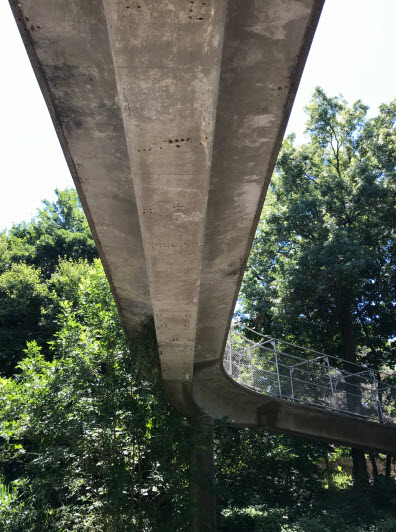 There is much to love about the Heathcote Bypass footbridge, from its connection to railroad history, to its form, and its transit through a beautiful landscape. 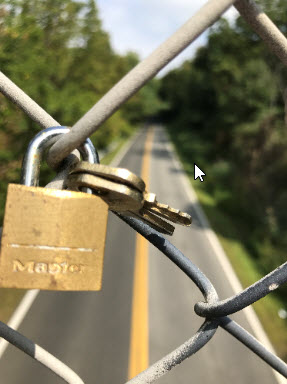 Let us notify you of future features. Enter your email right below. Your email will not be used for any other purpose.

Engineering documents and sketches provided by the Village of Scarsdale - thank you to staff for helping me search for these! For all you civil engineers out there, I've got the plans! Contact me and I'll send them to you.

The history was drawn from numerous Scarsdale Inquirer articles from the 50s, as the Bypass was first conceived and then brought to fruition. If you don't have an Inquirer subscription, go get one!

The New York Times also covered the opening of the Bypass and in particular, made reference to the footbridge's new construction methods.

Thank you to our son Miles for the photo of the locks, and for accompanying us on research visits.